SquadLocker is a company providing custom sports apparel, merchandise and SWAG to sports organizations, schools and corporate markets. Incorporated in 2015 SquadLocker is an industry leader with the fastest delivery and stores open 24/7. This is how we helped them get there. 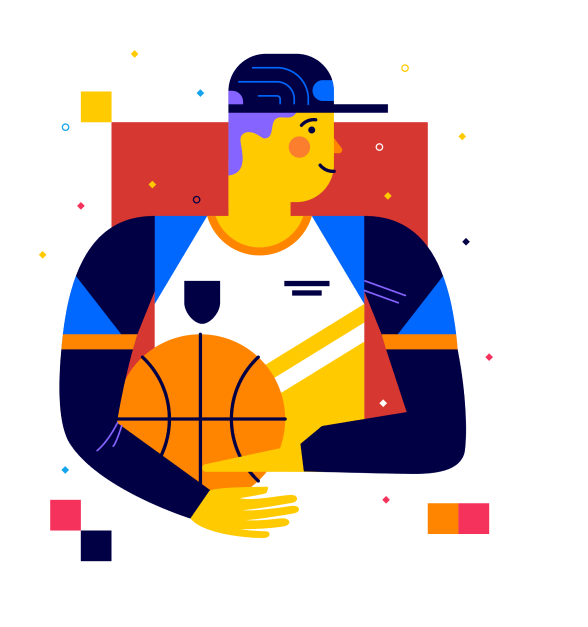 Life is about passion, right? And you can't really choose your passion. For Max, it's basketball. He played a little in college, but had to quit after an unfortunate knee injury. Today, Max plays in an amateur league with a couple of buddies from work. It’s really not a big deal. Well, to everyone except Max at least. 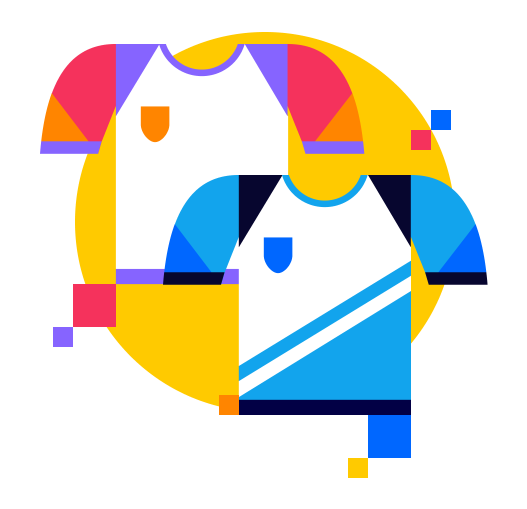 Remember the feeling you had when your high school coach first handed you your school jersey? Having a simple shirt with your name printed on the back made you feel like you were step away from being pro. If Max and his buddies are going to be a team, they have to look the part. So Max made sure they did. Using SquadLocker Max designed uniforms for his team. The shop he set up helped every team member to buy their own jersey. Custom team logo, name and number on the back with customized spiritwear and optional swag items - all the bells and whistles. Now, when you see them on the court, you could actually be convinced they are pro’s. Well, if you could look past the extra pounds they packed in over the years that is ;) 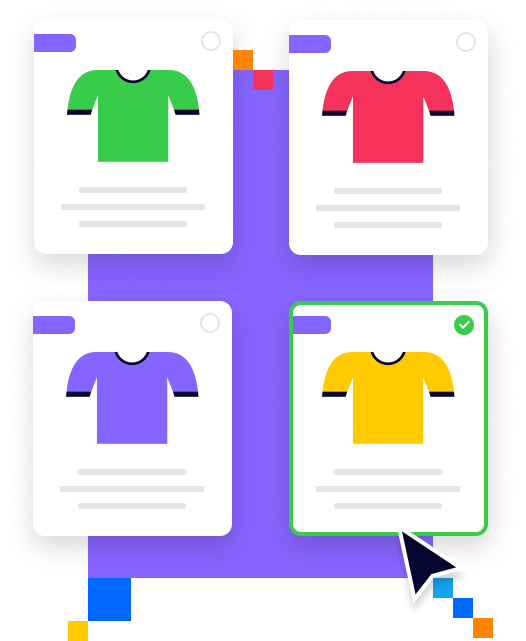 Using the SquadLocker platform, users can upload custom artwork, style their apparel and set up an online store where team members can buy their gear. Via SquadLocker admin dashboard, store admins have the ability to incorporate fundraising markup into the merch, create rosters, get store analytics insights and much more. But SquadLocker is not just for passionate amateurs like Max. The company also provides custom apparel for sports organizations, schools and corporate markets. Basically - anyone! Oh, and by the way, they're doing great! SquadLocker is an industry leader with no order minimums, the fastest delivery, single unit manufacturing and stores that never close. And Pixion is there to help everything go smoothly from the tech side. 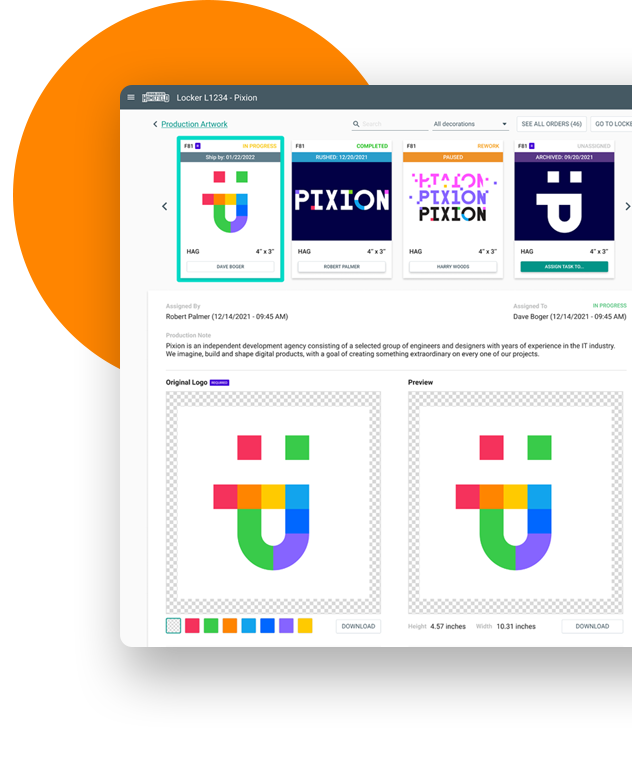 SquadLocker first hired Pixion to help them develop a web app that would help with managing, resourcing, vectorizing and quality assuring custom team logos. After a few months of work the Artwork Portal was born! All good ideas are simple. But, from an engineering perspective SquadLocker is not exactly just another web shop. Letting users style their apparel is a bit more complicated than letting them paste a photo on a shirt. That's why we started to partner up with SquadLocker to help them build their next-gen core platform. See, prior to Pixion's engagement, SquadLocker's tech handled it s business and production tasks just fine, but without the ability to scale. At the time being built on outdated tech, with a lot of mission critical systems hosted on-premise, made implementing new features while maintaining existing solution a constant hassle. Our mission became a few year plan of migrating SquadLocker to the cloud, introducing bleeding edge software technologies and CI/CD practices, feature development, data engineering and all that while maintaining every day production priority issues. 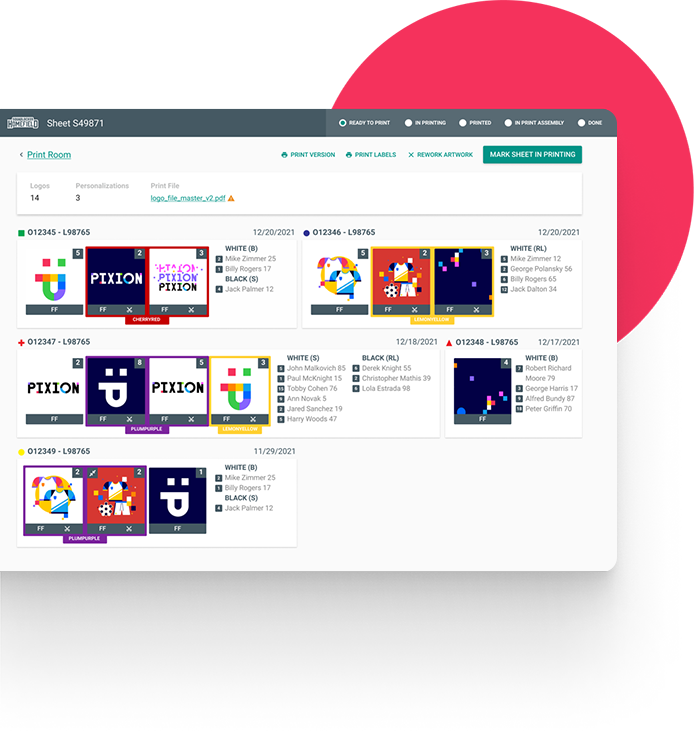 See, the task we were initially hired to do was not actually that complicated. But at Pixion, we’re in the business of creating partnerships. And if we were to form one with SquadLocker, it would be great for SquadLocker to grow and flourish. So, we joined them in a project of a big tech overhaul. We had to redesign the legacy software into a cloud first platform and introduce new technologies that would lift the high maintainability burden. The only way of achieving that was to transition to microservice event driven architecture which enabled us to scale both engineering resources while supporting SquadLocker's insane organic growth. So we rolled up our sleeves. We started delivering upgrades to SquadLockers platform weekly - aligning all the rework in addition to new features. The platform's performance was showing visible improvements week by week, allowing Max's team to get their gear even faster and SquadLocker to get further ahead of competition.

It's in the details

We had a great collaboration with SquadLocker, with a lot of direct communication making sure there were no misunderstandings and everyone always knew what was up. Together, we carefully balanced out the rollout of new features and moved away from legacy tech. To put things into perspective: It took us a couple of months to deliver the Artwork Portal but it took us a year to deliver order level fulfillment and move 80% of legacy software to the cloud. We're still rocking it with SquadLocker making the platform more and more advanced to adapt to business needs and to support their state of the art production facility at Warwick, Rhode Island. Tech stack: NET Core, NodeJS/NestJS, React, Azure SQL, Postgres, Redis, RabbitMQ, Azure Service Bus

So, what did we accomplish? Our partnership with SquadLocker has been running for five years now. In that period, they became an industry leader in their field, with by far the fastest ship dates and the best user experience. Their platform runs smoothly, is 100% scalable and runs on the latest tech. But we’re most proud of the partnership we've built. There’s no I in Team. Just ask Max.

Tell us about what you're building.